Home » biology » This is 7 Characteristics of Biological As Sciences

This is 7 Characteristics of Biological As Sciences

Characteristics of Biological Sciences as – material this time will make you a better understanding of the nature of the biological sciences. Various disciplines of knowledge (science) has developed and contributed to improving the quality of life for humans. Likewise, the biology, as one branch of science that examines all things related to life and living creatures.

Through biology, humans learn to understand and recognize itself, in order to realize that human beings were created as God’s most perfect creature. That’s why, as a gratitude for humans should always apply biological science in daily life to interact and keep all the nature in which we live.

Source of human food, among others derived from animals, such as beef, chicken, and others. Originally humans eat it with a simple processing. Furthermore, in line with the development of thinking, people start looking for ways to make more quality food, for example meat to processed foods in order to be better quality, as to be more soft, hygienic, and free of germs. How can these conditions be met? Finally humans find the idea, that is by frying, boiling, burning, or by another process. The event is an example of the beginning discovered science, that is the way to think simple and done by trial and error, until further gain experience on which to base a science.

Science born of a series of activities of human reason systematically arranged. All the so-called science always have requirements or specific traits. The nature and characteristics of such knowledge is to have an object, using the method, systematic, universal, objective, analytical, and verification. 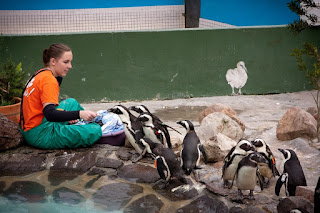 7 Characteristics of Biological Sciences As

You already know that science is a collection of concepts, principles, laws, and theories were formed through a series of scientific activities. What is the nature or characteristics of a science? A knowledge can be referred to as a science if it meets the requirements or characteristics as follows.

2. Having Methods
Development of science can not be done at random, but using the method or methods. The method used was standard and can be done by anyone. What methods are be used to discover the scientific truth? Try to remember the lessons of the scientific method you learned in SMP / MTs!

3. Characteristically Systematic
In biology, if we will learn about cells, then we will study the material that needs the support of other materials, for example on the tissues, organs, organ systems, and individuals. Vice versa, so knowledge-knowledge that is not contradictory. Science is systematic is that a relationship must have the knowledge and regular dependence, there should be no elements that are opposite to each other.

Do not forget the material ago: Understanding Biology

4. Characteristically Universal
What is universal? Try to remember back of reproductive material that occur in living beings! Sexual reproduction always starts with a meeting between sperm and egg. You think, whether it applies to all kinds of living things? If true, it means that science applies in general or universal. So, the truth proclaimed by science to be valid in general.

5. Characteristically Objective
What if science is not objective? Can science is utilized for the welfare of human beings? A science must describe the situation as it is, which contains the actual data and the statement (to be honest), free from prejudices, interests or personal preferences.

Currently, the biological sciences has experienced remarkable development. It has been mentioned at the beginning of matter that at the time of the Bali bombing, to reveal the identity of the bombers can not be done using fingerprints because the body bombers also destroyed. To determine the identity of the offender can only be used one way, namely by using a DNA test stemming from body fragments blasting actors who then matched with the DNA of the parents.

6. Analytical
Remember back when you learn science lessons at SMP / MTs! If you want to study the structure and function of plants, then you will study the parts in more detail, namely the roots, stems, leaves, and so forth. That is why the study of a science can be divided into parts in more detail in order to understand the various relationships, nature, and the role of the parts.

Think about whether or not a concept which is obtained only by guess or conjecture alone and the results in the form of opinions or estimates may also be referred to as a science?

Thus the knowledge you need to learn about the Characteristics of Biological Sciences as knowledge. Hopefully more and increase knowledge biologimu and increasingly make sense of curiosity to continue and always learn biology.