Distribution of Flora & Fauna in Indonesia with Pictures Included

Dilihat: kali
Distribution of Flora and Fauna in Indonesia – Indonesia is a country that has the highest biodiversity in the world. As an Indonesian, we are duly proud and maintain and preserve biodiversity Indonesian owned.

Biodiversity in Indonesia is due to the Indonesian region consists of many islands, besides Indonesia is located in the tropics which has 2 seasons alone. This is what manjadikan tropical areas have higher biodiversity than subtropical regions (temperate climate) and the polar regions (polar climate).

For comparison of biological keanekaragamah example, in the area of ​​the same, if the tropical rain forest was found was found about 300 species of trees, the forest temperate climate (subtropical) found only one or two types of pohohn. Therefore, Indonesia has the highest biodiversity in the world, in addition to Brazil and Zaire.

Indonesian faunal diversity is also very high. Proven Indonesia ranked first in the number of species of mammals of the world, which is about 515 species, among which there are 185 species of endemic and butterflies and birds of about 121 species, ranking third for reptiles about 600 species, ranking fourth for birds around 1,520 of whom there are more of the 380 endemic species and ranks fifth for amphibians about 270 species.

Biogeography is the study of the distribution of certain living creatures in certain environments on earth. Distribution of flora and fauna are determined by geographic location, such as altitude, latitude and climatic conditions, such as rainfall, temperature, and light radiation. Based on the fauna and flora, biogeography can be divided into two, namely the spread of animal and plant distribution.

Based on the flora and fauna, biogeography can be divided into two, namely the distribution of plant and animal distribution. 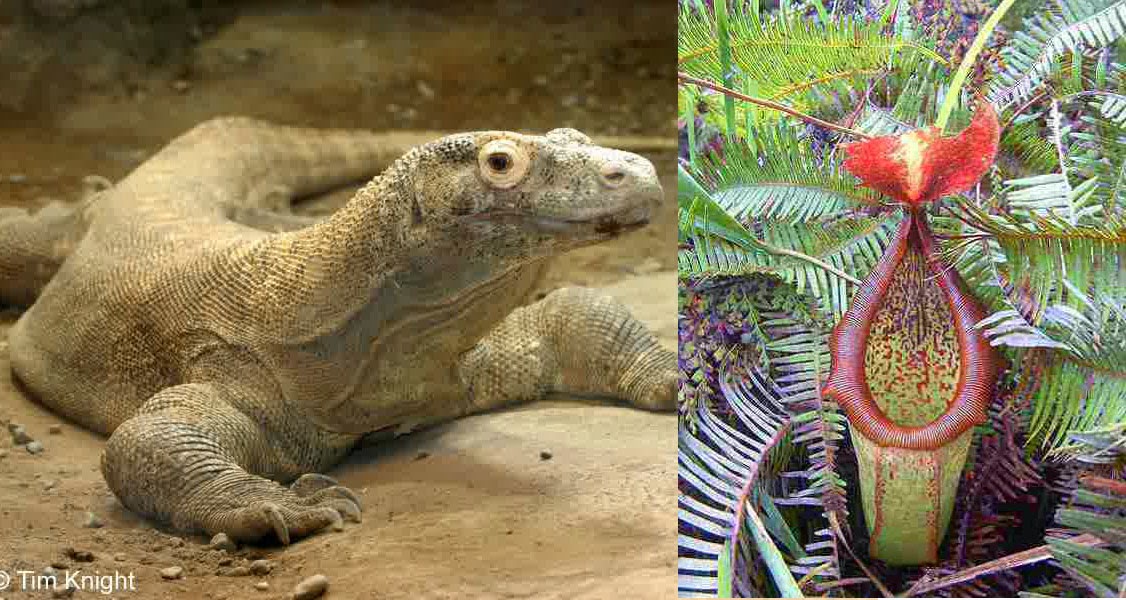 Flora (plants) covering a particular region called vegetation. Distribution of flora is determined by geological factors, geographical (such as altitude and latitude) and precipitation. The higher somewhere above sea level and located further away from the latitude, where the temperature decreases. Every increase in altitude of 100 meters above sea level and the increase in the latitude of 1º, the regional temperature will drop 5ºC. 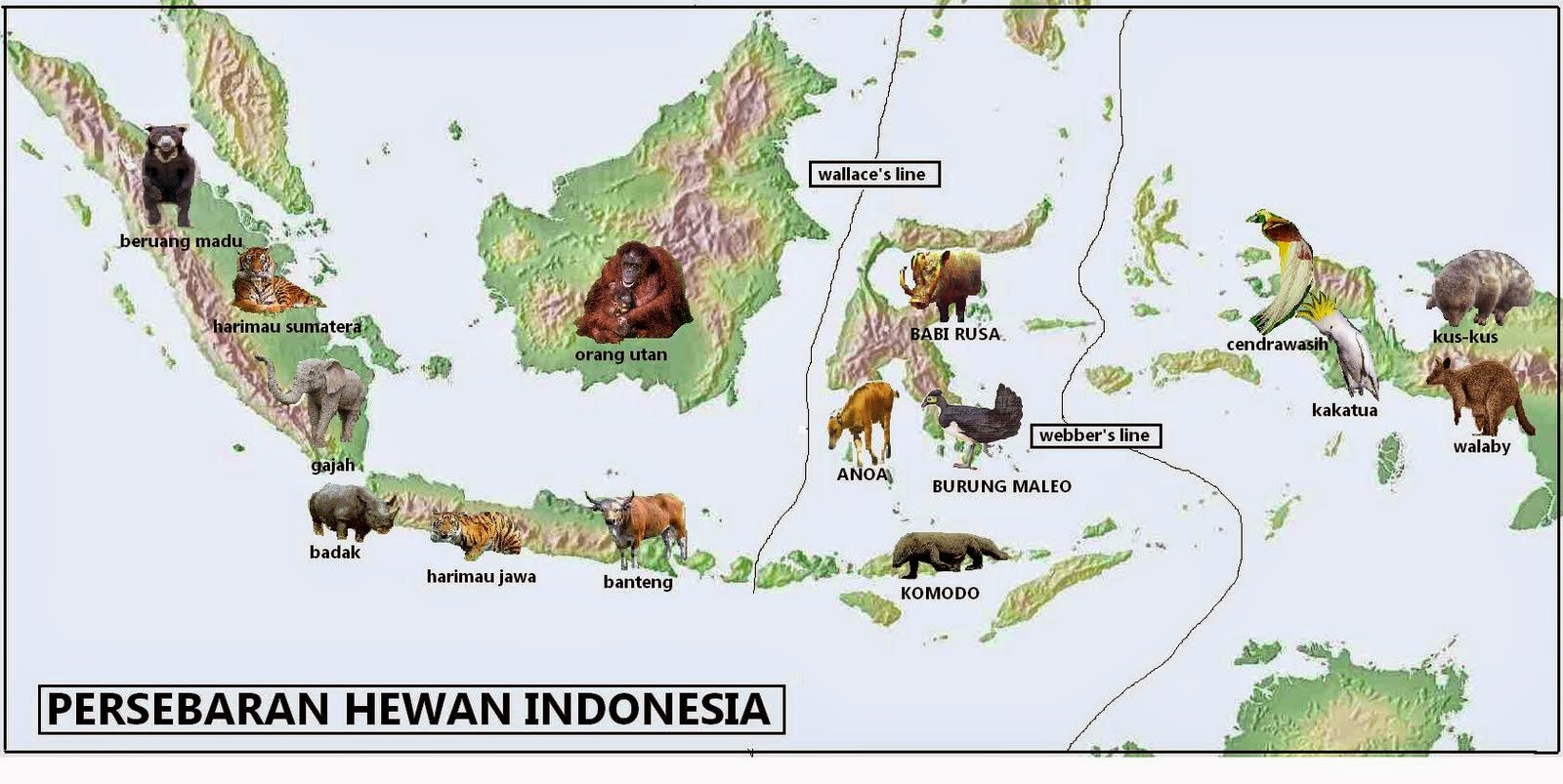 Based on the zone, then there are 3 regions distribution of fauna in Indonesia.

1. Fauna Asiatis (oriental)
The area includes parts of western Indonesia region of Sumatra, Java, Kalimantan and Bali. Fauna Asiatis shows similarities with Asian fauna. Here there are mammals (mammals) are large, such as elephant, buffalo, rhino and tiger. Another example is the same kind as the Sumatran elephant Indian elephant. Rhinoceros found in India, Myanmar, Thailand, Vietnam, the Malay Peninsula, Sumatra, and Java. Fauna Indonesia western region is often called the Sunda Shoal fauna. The types of fauna in the western part of Indonesia can be seen in the following table.

3. Fauna Transition
The area includes Sulawesi, Maluku and Nusa Tenggara whole. Asiatis types of fauna and fauna are also Australis fauna species that are not on both. For example such as dwarf buffalo, hog deer in Sulawesi and Komodo dragons on Komodo Island.

Thus a glimpse of Distribution Flora and Fauna in Indonesia, continue to increase the knowledge biologimu, may be useful.