Home » biology » All Objects Biology and Problems about Biology

All Objects Biology and Problems about Biology

Dilihat: kali
To increase knowledge of biology, this time we will try to understand about the object of Biology and Biological Problems. This material still has to do the previous material Scope of Biology, as listed in the Curriculum 2013 Syllabus below.

3.1. Understanding the biology of the scope (the problem in a variety of biological objects and the level of organization of life), scientific methods and principles of work safety as observed in daily life.

Since the 19th century the problems surrounding human life increasingly complex. So is the branch of biology that increasingly shows the breadth of the scope of biology. This prompted many people are interested in studying biological objects. But the object is not only about biology in humans alone, but covers on all facets of our life.

Do not forget, before we have learned: Branches of Biology

Whatever be the object of biology?

The study of biological objects and objects that are very much concerned with living creatures, both at the level of molecules, cells, tissues, organs, organ systems, individual, population, ecosystem, until the biome level. Here is a brief explanation. 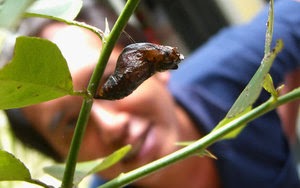 A group of networks that have specific functions to form an organ. Examples organ is the heart, kidney, stomach, lung, and others. [more]

6. The level of individual (organism)

7. The level of population

Similar individuals congregate somewhere and can reproduce is called the population level. Examples of ants, termites, and others. [more]

A collection of several different populations form a community, for instance in a school yard there is a population of grass, ants, worms, and others. [more]

At the level of the ecosystem, a collection of some of the population there is interaction between populations (biotic) and biotic factors such as the interaction of the roots of grass stuck to the ground. [more]

Biome level has a larger area and may consist of several ecosystems, and most importantly, have a biome or certain weather affected. [more]

11. The level of Biosphere

Furthermore, please learn: Scientific Work
Well, that’s some of the things or issues are studied in biology. Do not forget to continue to increase the ability biologimu yes. May be useful.
Share on: Twitter Facebook Whatsapp Telegram
All Objects Biology and Problems about Biology | admin | 4.5
TAGS: